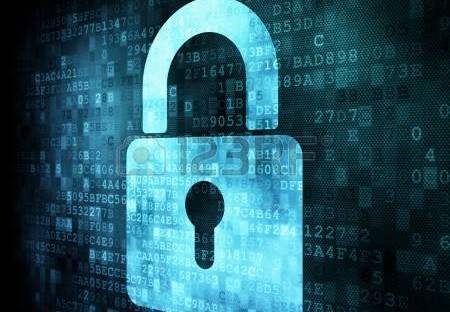 There’s been a lot of breathless news coverage of the recent vote allowing ISPs to continue selling your web browsing history. While it’s definitely a Bad Thing™, there are a lot of other things that are at least as bad when it comes to your privacy online. If you’re worried about advertisers knowing too much about you, you’re better off being mad at Google and Facebook than Comcast or Time Warner.

But hey, everyone likes sticking it to cable companies, so I thought I’d collect some easy ways to protect yourself from them online. Not all of these recommendations are targeted at protecting you from greedy ISPs, but they’re definitely still good internet hygiene.

There’s a good chance you use Chrome as your web browser (or maybe Firefox), so I’ll be providing links to the Chrome plugins I mention. If you use Safari or Internet Explorer, don’t.

Despite what many people are saying, your browsing habits are actually already pretty safe from prying eyes. Most sites these days use HTTPS, especially the big ones, and that limits what is visible to your ISP (and other potential eavesdroppers) to just the domain of the site you’re visiting. That is, your ISP can see you went to facebook.com and google.com, but not that you flipped through all of your ex’s photos before googling “wine by the gallon.”

There are some sites, though, that may still default to using HTTP (with no ‘S’) which allows your ISP to see what you’re doing. HTTPS Everywhere forces sites to use HTTPS wherever possible, even if it’s not the default.

ISPs want to sell your browser history to advertisers. Advertisers want to send you ads based on your history. But your history is worth far less to them if you never see their ads. The ad blocker I’ve had recommended to me of late is called uBlock Origin, and, so far at least, I would recommend it to you as well. This may also help protect you from getting a bad case of the malware.

Using HTTPS and an ad blocker is all well and good, but what about websites that track you across the internet using cookies? Neither of those will help you, but Privacy Badger just might. Privacy Badger keeps tracking cookies from spying on you across multiple websites. This, too, makes it harder for advertisers to make money off of you, and keeps sites from building a profile about you.

There have been a few different plugins for Chrome making the rounds that randomly visit sites in an attempt to throw off trackers. Unfortunately, this doesn’t do much but waste your bandwidth. Advertisers put together profiles on customers based on patterns and repeated visits, so if it doesn’t fit within a pattern, it gets thrown out. So those plugins aren’t going to slow down ISPs, they’ll just slow down your connection.

Those were some simple places to start. There are lots of resources all over the web to help you become even more secure, and instead of googling them, you might try using Duck Duck Go (because, you know, Google sells your data). If you really want more ways to improve your privacy, check out the two bonus sections below!

Really wanna stick it to your ISP? You might consider getting a VPN.

Remember how HTTPS keeps ISPs from knowing anything but the site you’re visiting? VPNs take it one step further: they make it so even the site address itself is protected. This is the next level of protection, but let me be clear: the security provided by HTTPS is probably enough. It’ll keep eavesdroppers like your ISP or the neck beard on the other side of the coffee shop from getting your most sensitive info. But if you want to prevent them from getting even the domains you visit, then VPNs are a good option for you.

Unfortunately, finding the right VPN can be pretty tricky too (though I can say pretty unequivocally: stay away from free ones). There are a lot of options, and a lot of nasty advertising policies that make it hard to believe what people say about them. There is hope though: first of all, there’s me, and second, there’s That One Privacy Site.

So let me first state: I’m not affiliated with any VPN. I’m not going to make any money off of recommending a VPN to you. I just happen to have some experience that might help you, and I’ve done some research.

Speaking of which, a lot of that research was done using That One Privacy Site; if you want more info, it’s a really great resource. (I’m not affiliated with it either – I just think it’s super solid.)

Without further ado, here are my recommendations for VPNs.

Private Internet Access – I’ve used this VPN, and for people just trying to avoid their ISPs spying on them and get some added security in a coffee shop, this should be fine. On the plus side, it’s pretty inexpensive, fast, and easy to use. On the other hand, it uses some sleazy marketing tactics, and it is US based, which means that it could be subject to secret surveillance orders from the government (the redeeming factor here is that it doesn’t keep logs of your activity – which goes a long way in maintaining your privacy in the face of a court order).

VikingVPN – This VPN is well known for stellar business ethics and giving back to the community. It’s also pretty fast and doesn’t keep logs, so even though it’s based in the US, it’s reasonably secure. Unfortunately, as VPNs go, it’s a little pricey. But if you’re looking for a good citizen that will keep your browsing reasonably private, it’s a good option.

If you’re looking for VPNs that will protect you from government snooping or the NSA hacking you, then you’re in the wrong place. There’s way more to that topic than I can cover here, and you really should head over to That One Privacy Site, or consider TOR. You’re going to need to bring your A game, regardless. But if you *really* want my opinion, I’d say the most secure VPN you can get would be blackVPN (it’s also a little pricey). Other reasonably good options based outside the US would be: Mullvad, CryptoStorm, NordVPN, oVPN.se, and IVPN.

TOR is pretty awesome. I won’t get into why here, suffice to say that it’s like a VPN on steroids. There are some downsides as well, though. For one, it’s pretty slow when compared to a VPN or your regular internet service. Second, because it’s probably the most secure option out there, and using it can be pretty inconvenient, doing so kind of paints a bright red target on you.

There is a social good to using it too, though. TOR mixes a bunch of data from a bunch of different people together in order to hide the source, so by using it, you’re providing cover for people who may need it. Because it is one of the ways political dissidents, journalists, and other vulnerable people stay safe from repressive regimes and other abusers of power, you could literally be saving a life. So if you’ve got nothing to hide, and are so inclined, it might be worth checking out.